Knitting For a Cause

Binary Acids
(only Hydrogen and a non metal form the compound)

Hydrogen Chloride, (HCl) Hydrogen Sulphide (H2S), and other compounds formed by a NONMETAL and Hydrogen have acidic properties. These gases dissolve in water to form solutions which we call BINARY ACIDS.

The name of the binary acid consists of two words. The first word has three parts. Do not forget to include the word ACID at the end of the name.:

These are more difficult to name because these acids have hydrogen, a nonmetal, and may have varying numbers of oxygen atoms.

For example: H2SO4 and H2SO3 are acids. How do we name them?

To begin, we need a point of reference. Our reference point is this: The “ate” ions (sulfate, nitrate, etc) make the “ic” acids (sulfuric acid, nitric acid)

Before naming Oxoacids, we need to setup some rules to name the POLYATOMIC IONS. (ZONE IN GREY INDICATE THAT THESE ELEMENTS DO NOT FORM OXOACIDS 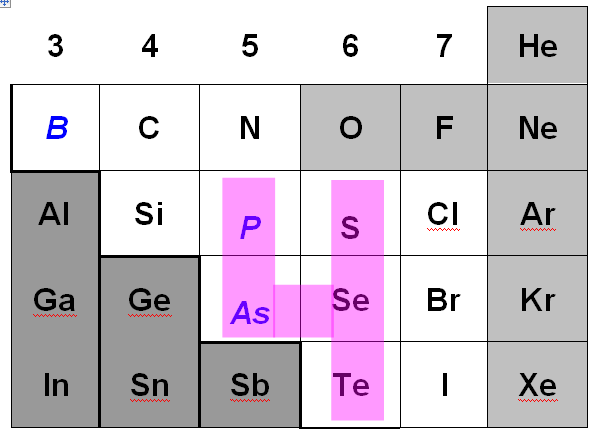