A review of rates from IGCSE

The rate of reaction is directly affected by the amount of collisions in between the reactants, so studying how different conditions affect the collisions, we can infer how the rate can be changed.

Rates can be changed by:

Some techniques for doing this are: 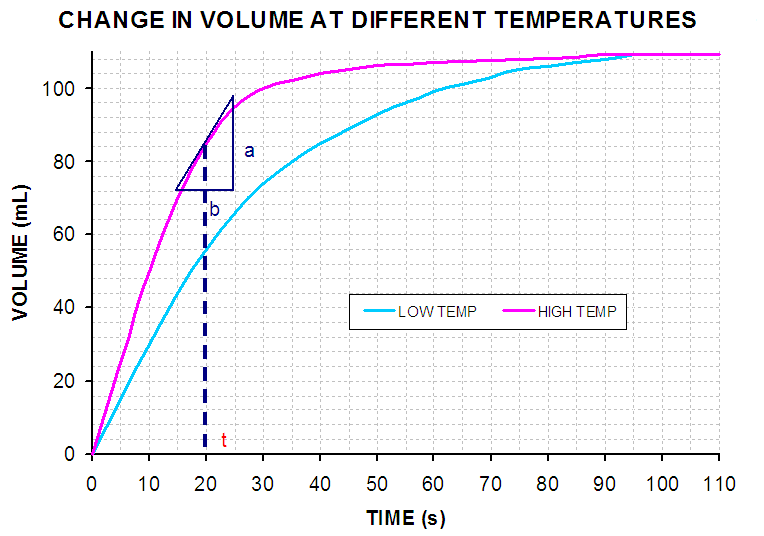 The rate of reaction at a particular time is given by the gradient of the tangent.

Rates are usually expressed by the calculus notation.

The rate of a reaction is fastest at t = 0 and decreases steadily as the reactants are used up. Hence, the gradient of the graph decreases with time.

When examining the effect of changing conditions (e.g. concentration) on the rate of reaction, we usually take the initial gradient, at t = 0 as a measure of rate. We can then compare the initial rates of reaction under the different conditions and determine any effect.

When working in mines where there is a lot of powder (coal for example), or flower mills, gases mix with oxygen and they can explode since the particles size are very small, so the rate of reaction increase very much.

Following the progress of a reaction: 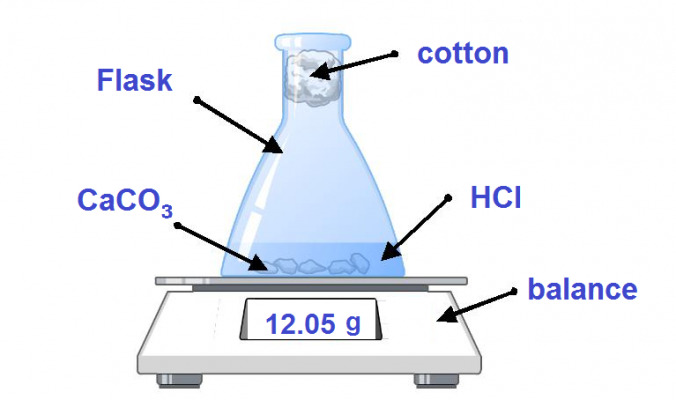 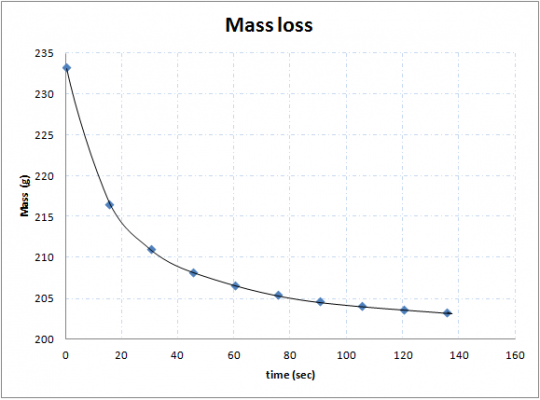 Observing the graph we can infer that the mass is lost faster at the beginning of the reaction. As the reactants are used up, the reaction slows down and we have no mass loss after a while. Why the mass is not going down to zero? 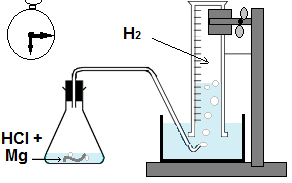 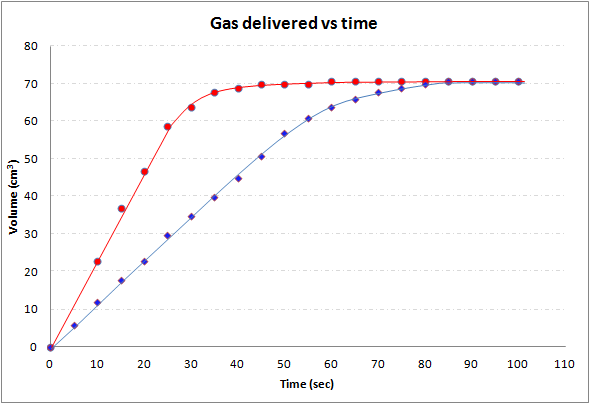 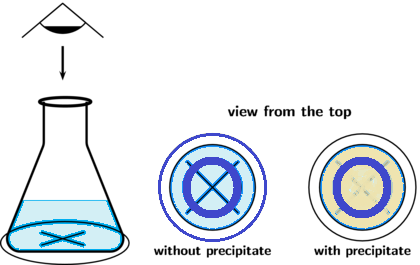 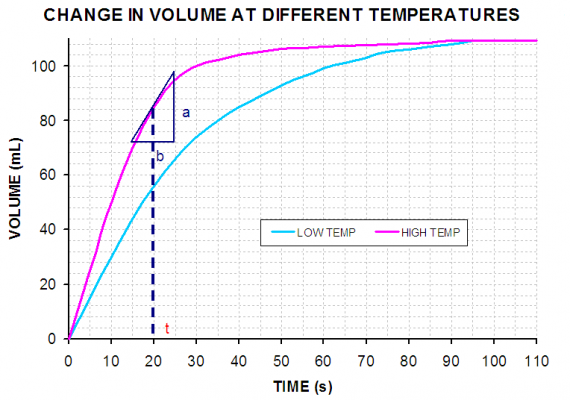 If the measurement is for example the mass DECREASE, like the example of the marble chips with hydrochloric acid, we will have the curve inverted, since the mass amount decrease with the progress of the reaction.

As the temperature increases, the particles move faster and the amount of collisions also increase, which increase the rate of reaction.

In the example below you can see that the increase in the temperature, increases the amount of gas delivered for a given reaction.

Compared to a reaction at a low temperature, the graph line for the same reaction but at a higher temperature:

Increasing the concentration also increases the rate of reaction since there are more chances of collision.

The rate of a chemical reaction can be changed by altering the concentration of a reactant in solution, or the pressure of a gaseous reactant.

If the concentration or pressure is increased: 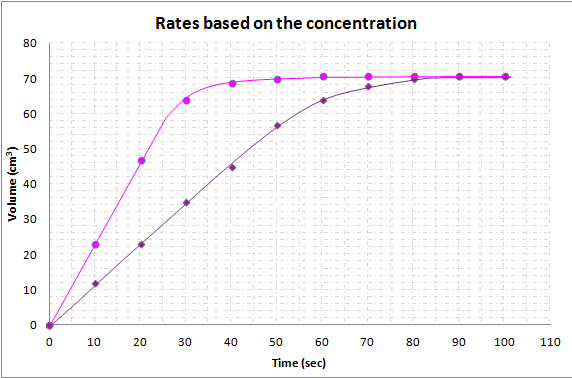 Is the reaction that take place in every leave of a plant where CO2 is taken from the air and with water it is combined to form Glucose and water in presence of Sunlight and chlorophyll.

Another reaction or set of reactions that take place in light and not in darkness are the ones involving free radicals. Free radicals are groups of atoms which have an extra UNPAIRED electron. This electron is very reactive and can produce chain reactions as the ones that produced the ozone depletion in the ’90s.

Silver salts decompose in light to produce a dark precipitate of silver metal. the reactions taking place are decomposition reactions where the silver halides decompose into Silver metal and the Halogen. Since there is a change in the oxidation state of the silver (and the halogen), this is considered a redox reaction

NOW, AS – STUFF ONLY

The rate of reaction at a particular time is given by the gradient of the tangent. At time t,

in the case of the graph the gradient is determined by

The units are cm3s-1 or mols-1
The rate of a reaction is fastest at t = 0 and decreases steadily as the reactants are used up.
On the graph, you will note that the final volume does not depend on the rate of the reaction.

The collision theory applied to rates

Collision theory qualitatively explains how chemical reactions occur and why reaction rates differ for different reactions.
In the picture below, increasing the concentration, the amount of collisions increase so the rate of the reaction increases as well

Key points of the theory

If we analyze two chemicals, A and B, which will react, we can represent the reaction as follows:

All reactions have an transition state that occurs just at the moment of impact before breaking the bonds and forming new bonds. It has a very high energy, very unstable, and it is called the “ACTIVATED COMPLEX”

It’s the minimum energy required to break the existing bonds so the reaction can begin to form new bonds resulting in the rearrangement of atoms. In an ENERGY PROFILE the activation energy is always measured from the reactants to the highest point in the forward reaction and from the products towards the reactant in the backward reaction.

In any system, the particles present will have a very wide range of energies. The TEMPERATURE is a measurement of the KINETIC ENERGY of the molecules. The different energies of the particles in a sample can be shown the Maxwell-Boltzmann Distribution graph which is a plot of the number of particles having each particular energy.

This graph shows us that a few particles have very low energy (on the left of the curve), most of the particles have a moderate energy (yellow peak) and only some of them have enough energy to react or more (red zone) The area below the curve shows us the total amount of particles present. 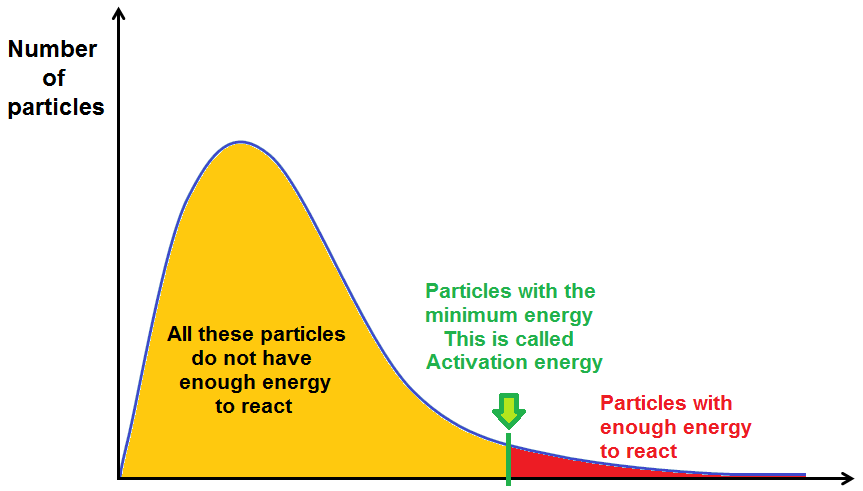 Changing the temperature, will change the kinetic energy of the particles in the reaction, as shown in the graph below. 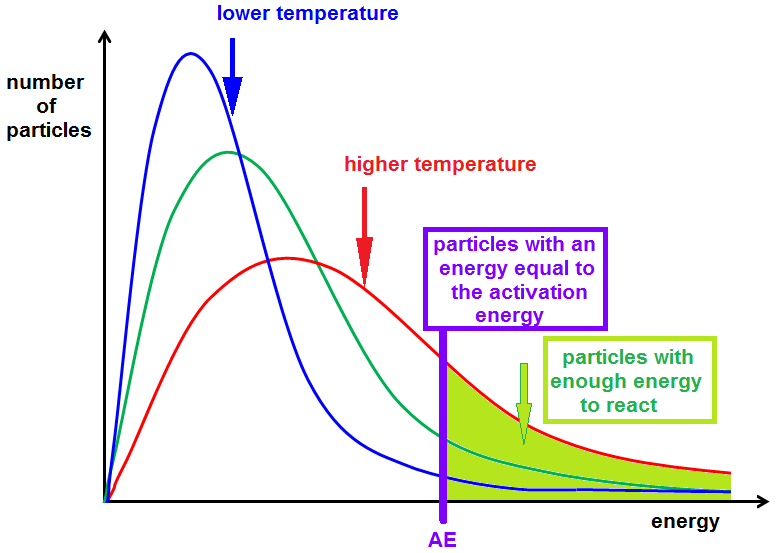 BE CAREFUL….. If you observe the energy for the same particles at different temperatures, you will observe that the energy of the particles increases from left to right.

That’s why the area under the curve is much bigger under the red curve and so, many more particles will collide with the energy necessary to react. this is a very simple explanation on why we heat up something so the reaction occurs easier.

The green line in the graph above represents the minimum energy that the particles need to react. This is called ACTIVATION ENERGY.

There are certain substances that provide an alternate route with lower activation energy. These substances are called CATALYSTS.

Looking at the energy profiles, we will see something like this:

If we graph again the Maxwell Boltzman plot, we will have a lower value of activation energy for the reaction when we use a catalyst. this is shown in the graph with the purple line. It means that the particles do not need to raise the energy to the original value. They will react with a lower value of kinetic energy (Temperature). 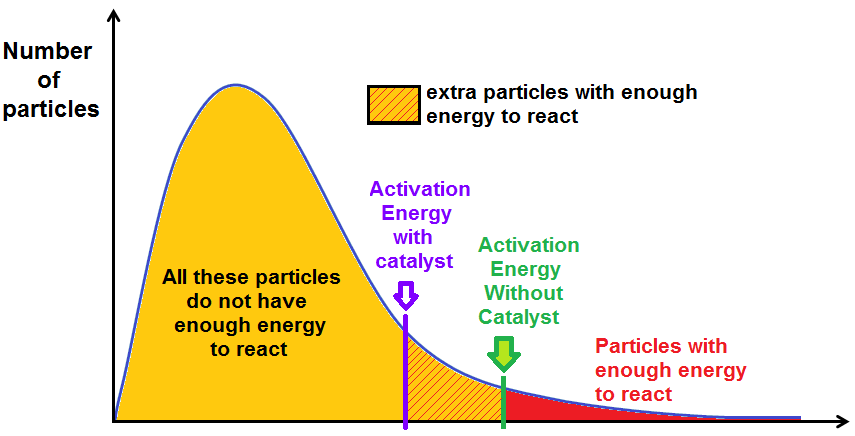 In car exhaust, incomplete combustion produces carbon monoxide, CO and organic hydrocarbons. NO is also produced from the reaction of nitrogen and oxygen gas at high temperatures. The catalyst promotes the oxidation of CO and hydrocarbons (see Equations 1 and 2, below), and the reduction of nitrogen oxides (Equation 3, below).

8.2 Effect of temperature on reaction rates and the concept of activation energy